We make cities | From the first vision to the built reality, as intelligently-planned and lasting living environments

We bring urban development projects to realisation and set the scene for communality – from the greenfield site, right up to completion; all under one roof. In doing so, all services are performed by a well-practised, multidisciplinary team. During the process, we illustrate the hallmarks that lead to the renowned special quality of the urban districts we conceptualise.

In this regard, the development plan [Bebauungsplan (DE) bestemmings plan (NL)] represents a crucial factor in the planning process. It provides a ‚formal‘ guarantee that that which has been promised will also be built. Our spearheading role in development plan processes is a fundamental prerequisite for ensuring the visible chain of continuity from conception to completion.

As master planners with ambition, profession and passion, we deploy our longstanding experience to bring urban development projects to life, from the first vision to the built reality, as intelligently-planned and lasting living environments.

Our vision of the city is ‚The City of the Many‘: the city of many functions, many buildings and many disciplines. We architects form part of that small group whose ability it is to transform these many demands, desires and directives into a realisable vision; into a liveable city. 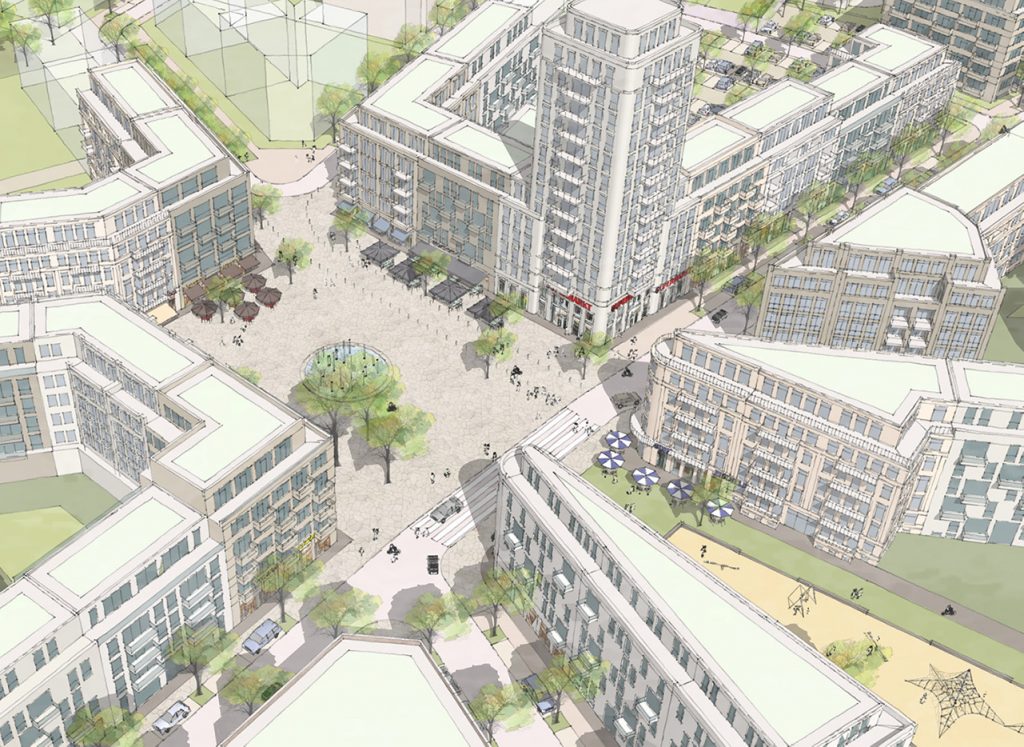 Since the year 2000, we have been very proud to have had our offices in a house designed by the architect, Albert Gessner (1868-1953). He dedicated the entirety of his practical and theoretical work to a single theme: urban living. His disputations with this topic were unique in their depth and intensity; as the motto of the German Association of Craftsmen goes: From the Sofa Cushion to the Urban Development [Vom Sofakissen zum Städtebau]; from the very smallest detail of the apartment, right up to the development plan; the image of an entire streetscape; the structure of an urban district. Following in his commitment to urban living and the advancement of a format for the same that still applies today, we identify very closely with the design traditions of this visionary reformer. 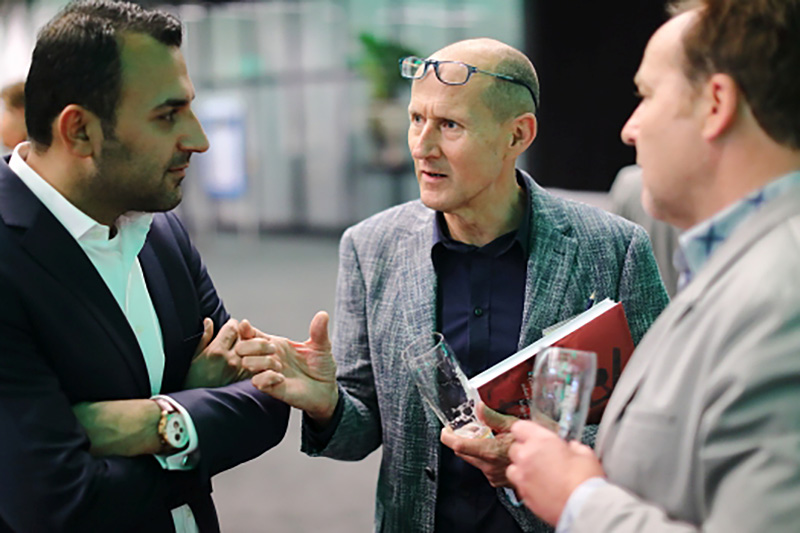 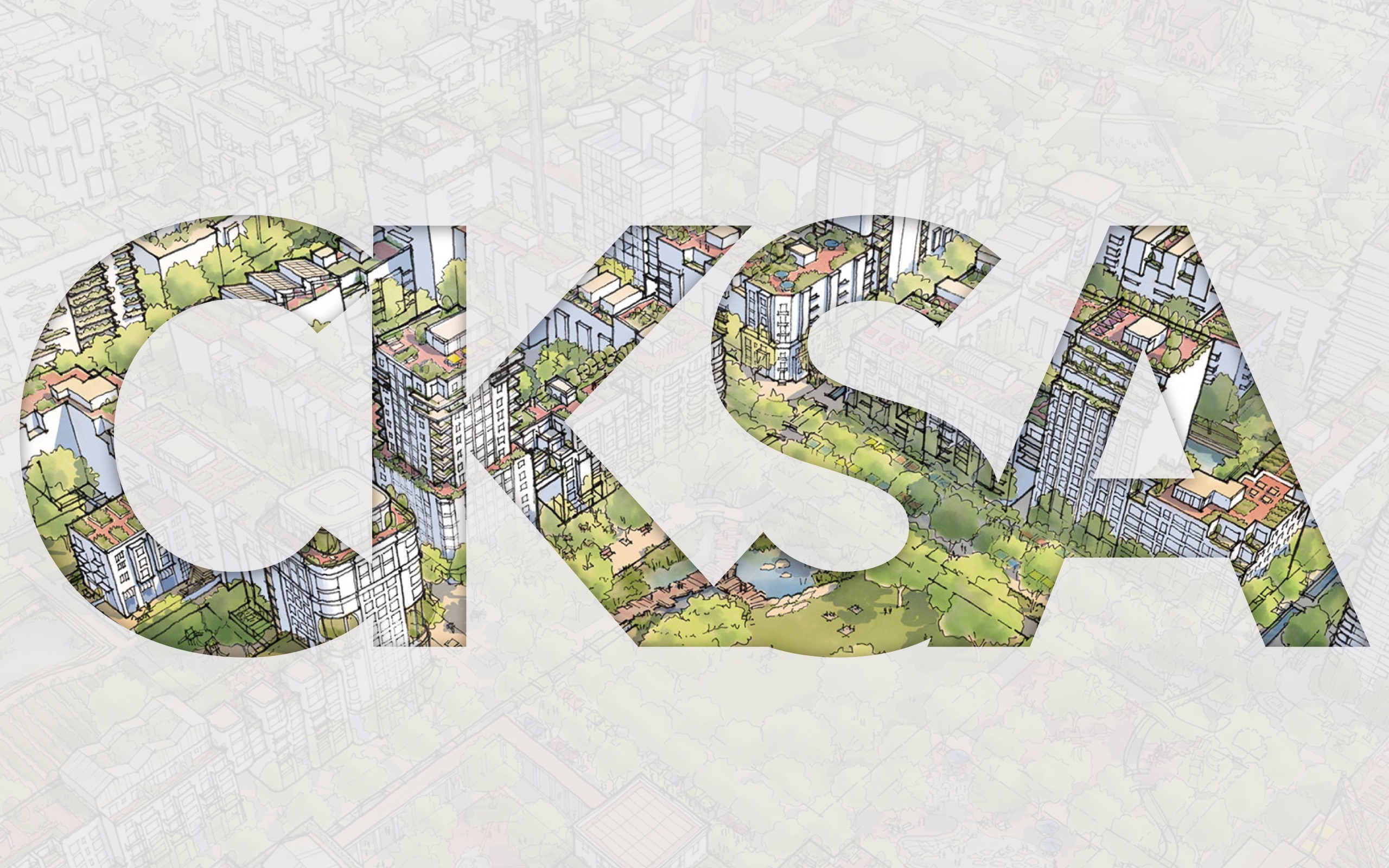 Traditions of the European city

Christoph Kohl Stadtplaner Architekten are among the leading proponents of a movement in urban development and architecture that builds on the traditions of the European city. The focus of our urban development practice is the conscious return to traditional spatial compositions, as well as further refinement of the traditional meaning of the city; in which the buildings are a constituent part of the urban fabric, and this fabric defines the urban spaces. In this regard, hierarchy and symmetry, order and variety all play a role in making clear which parts of a city are more meaningful and essential than others.

In contrast to the culture of upscaling that has prevailed for decades, we aim to reduce the scale, in order to endow the individual house and the apartment building, as well as the large office building and other contemporary building types, with their own distinct urban character. This means showing regard for human scale in architecture, as is also expressed in a preference for individualised, parcelled blocks of houses. We believe that the future of the city lies in the social downsizing of architecture and, with this, in the rejuvenation of the quarter or district that brings together within itself the various functions of social living. We see ourselves as advocates of a needs-based urban architecture that, in going beyond mere usefulness, also contributes to embellishing the living environment. In the process, we like to use the terms „normal“ architecture and „normal“ houses.

This image of the European city, such as has evolved and proven the test of time over centuries, lacks in sensationalism. Here, the essential factors are the variety of simplicity, and adaptation without deformation. The typical house must permit innumerable repetitions with every conceivable variation, without becoming tedious. Through its repetition, the typical house becomes that which shapes the district. Of course, in order to be places of identification, typologically identical houses must differ in style as they repeat. The city is not populated and used by an anonymous mass, but rather by individuals.

Christoph Kohl Stadtplaner Architekten respect the conventions and traditions, as well as the context and history of the places in which they plan and build. Our buildings do not appear out of the blue, but rather build on the existing street patterns, as well as on traditional building types and façades, in order to achieve a perpetuation of the old in the new. Where modern urban architecture has knocked holes in the city, we employ traditional tools to create reconstructions that are relevant to the present times and, at the same time, heal the wounds left behind in the urban framework.

In emphasising the spatial context and harmonising new spatial and building structures with those that already exist, the position taken by CKSA is anti-modernistic and, simultaneously, one of contemporary innovation. In this respect, it is very close to our hearts that societal trends and long-term generational compatibility are conveyed.

CKSA, having emerged from an office partnership of Rob Krier and Christoph Kohl, has been based in Berlin since 1993. 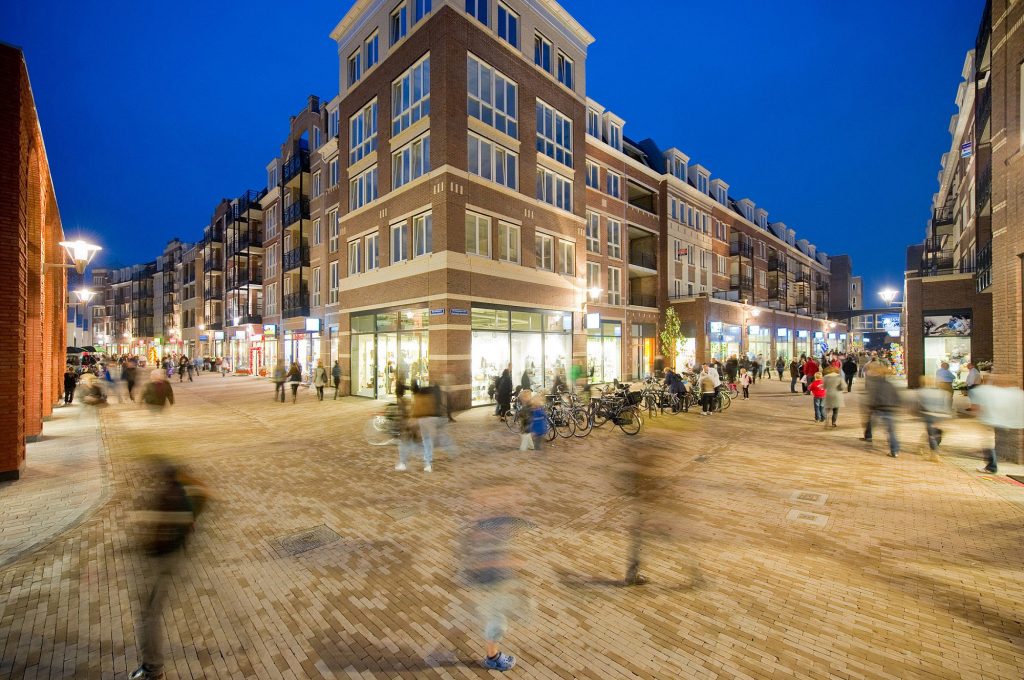 Even if no specific position is advertised, our creative and internationally-oriented team is always happy to hear from passionate, well-educated and open-minded candidates in the fields of urban planning, urban design and architecture. If you are interested in joining our office in Berlin, you are welcome to send us a detailed and informative application at any time. Please submit your CV, a brief portfolio and your motivation letter to: info@cksa.de